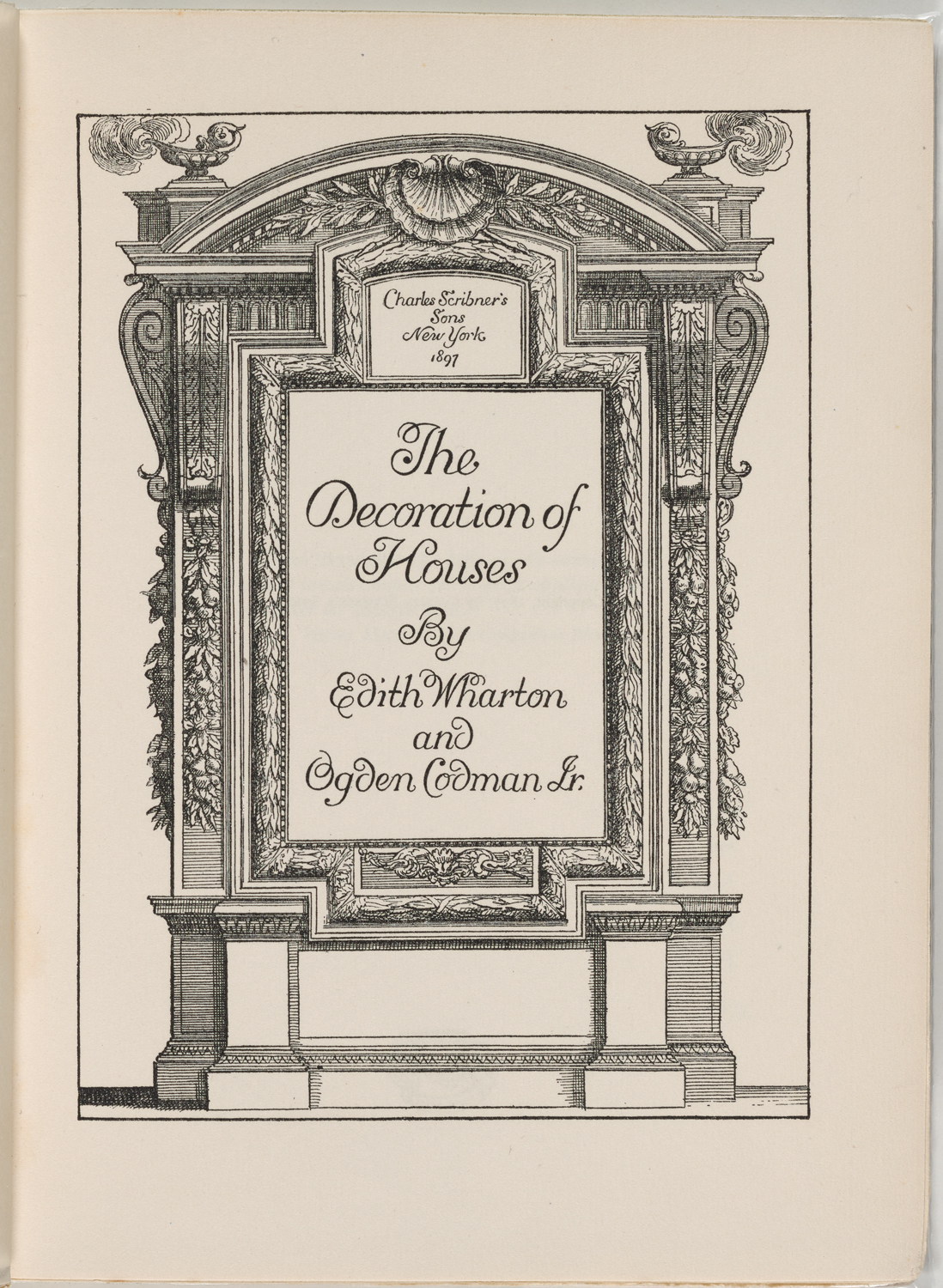 Edith Wharton and Ogden Codman Jr. The Decoration of Houses, 1989

This list was made spontaneously by Pablo Bronstein on encountering Women Writing Architecture, responding to but not entirely reflecting his idea of Lady Decoratoresses. Curious about the reasons that many female designers reside in the shadowy corners of books written about male architects and designers, this list suggests some of the historical names that occurred to him – Edith Wharton, Elsie de Wolfe, Ruby Ross Goodnow, combined with more contemporary writers from the late 20th century onwards.

16 Citations in this Collection:

C. Ogden Codman and the Decoration of Houses

Living Well, the NYTimes Book of Home Design and Decoration

The House in Good Taste

100 Most Beautiful Rooms in America

Sixty Years of Interior Design: The World of McMillen

Sister, a biography of Sister Parish

The Decoration of Houses

C. Ogden Codman and the Decoration of Houses