It is wonderous when the narratives of books are intertwined with one another. I first read Rediscovering Dharavi by Indian journalist Kalpana Sharma to gain insight into what is considered to be one of the Asia’s largest slums. However, growing up in Mumbai, Dharavi was always perceived differently – a place with its own distinct identity. This book was a vivid glimpse into the lives of the residents of Dharavi and the complex network of living, working and surviving there. What I valued about this book was Sharma’s ability to show the resilience and joy of Indian people and their ability to build communities and thrive in such neighbourhoods. Exploration of the growth and development of Dharavi within the urban fabric of the city of Mumbai was also initiated.

This was one of the books that led to the creation of ‘Dharavi: Documenting Informalities’, a collaborative project between the department of Art and Architecture at the Royal University College of Fine Art in Stockholm, Sweden and the authors in close co-operation with The Society for the Promotion of Areas Resource Centres (SPARC) in Mumbai, India. This visual and technical narrative delves deeper into deconstructing Dharavi. This external analysis into Dharavi allows for critical review of the spaces and community with many vital revelations. One of may include, ‘In a way, perhaps democracy was born here when, through sharing and distribution, individuals could create better possibilities for themselves’. Dharavi continues to serve lessons for the future in community building, urban planning, sustainability and that most important ingredient – ‘joy’. Is it possible in the words of the editor Maria Lantz: ‘In such an understanding of Dharavi, the fear of the urban poor can be transformed into a prospect that they are in fact the ones who will save us’. 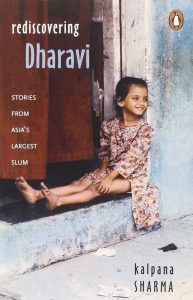 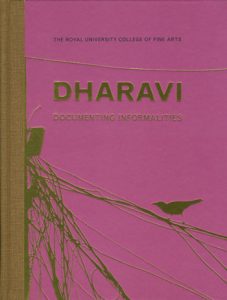