Silke Kapp is a professor of Architecture and Urbanism in the Escola de Arquitetura of the Universidade Federal de Minas Gerais, in the city of Belo Horizonte, Brazil. The book Canteiros da Utopia, whose title can be translated as Construction Sites of Utopia, is the result of her Post-doc research in Urban Sociology from the Bauhaus Universiteit Weimar, conducted between 2014 and 2015. Being Kapp’s supervisee during my Master’s studies in Architecture and Urbanism at the same university, which I had the pleasure to read still in its pre-printed version. Kapp’s ability to converge imaginative and critical thought is fully represented in this oeuvre, turning the experience of reading it one of both great literary joy and intellectual stimulus. 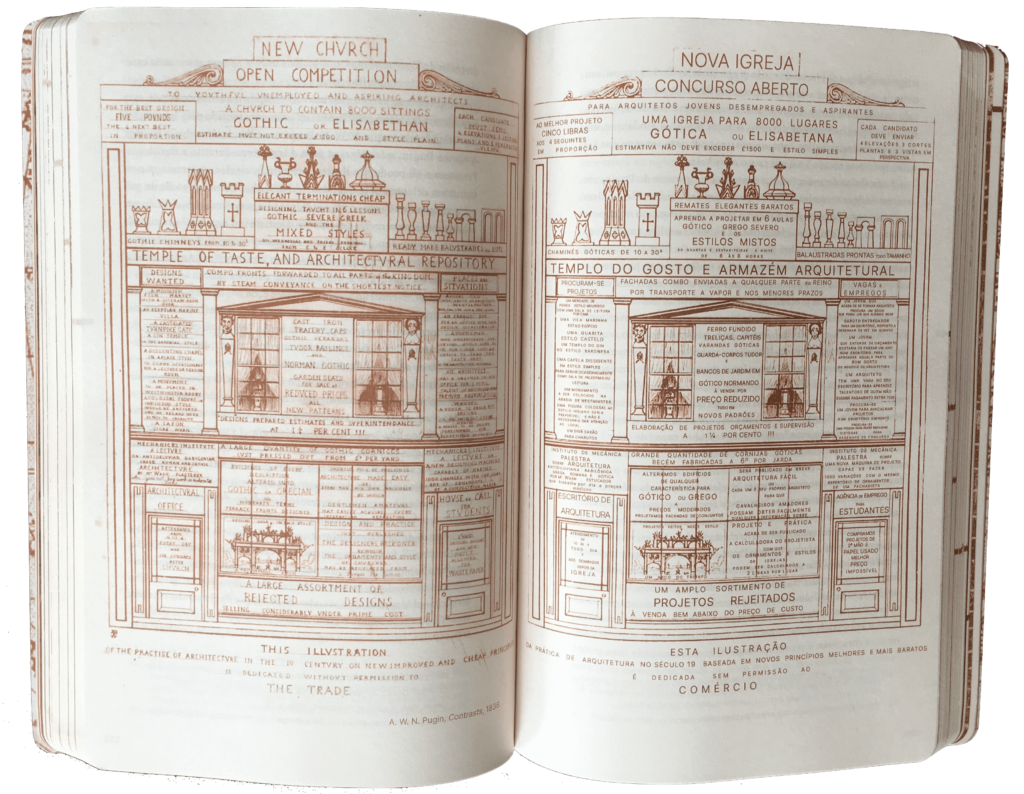 The text explores six well-known pieces of utopian literature from the perspective of critical theory, highly influenced by the works of Theodor Adorno, Brazilian architect and theorist Sérgio Ferro and, evidently, Karl Marx. The utopias addressed are Thomas More’s Utopia (with a brief excursion to Filarete’s ideal city of Sforzinda); New Atlantis from Francis Bacon; Gabriel de Foigny’s La Terre Australe Connue; Charles Fourier’s formulation of a utopian society found in his Théorie des Quatre Mouvements; the work Looking Backwards, written by Edward Bellamy; and finally, with an additional theoretical chapter of its own, William Morris’s News from Nowhere. Drawing from exhaustive archival and literary research, with keen attention to details and a sound geographical and historical contextualization, Kapp is able to sketch the conditions of production that would have existed in these imaginary societies. She proceeds to investigate the true emancipatory potential of the referred utopias in regards to the production of the built environment and their intrinsic social relations of production. Inferring the labour relations of their construction sites, the author produces a powerful critique that, while based on imaginary worlds, greatly reflects and enlighten the tensions between architecture and construction in Western, capitalist modernity. The book is an innovative, fun and powerful attempt at exposing the contradictions between the discourses and intentions of architectural and urban design and the realities of the labour relations they operate in. A fresh reminder that the dialectics of production in architecture can never be erased simply via semiotic and discursive claims about its meaning and power, but is deeply entangled with the socioeconomic reality of how our environment is actually built.