Barbara Thüler on Having Words

I was reminded of “Having Words”, a collection of essays by Denise Scott-Brown, when reading a foreword Berta Rahm wrote for the book “A Vindication of the Rights of Woman” by Mary Wollstonecraft, which she published through her own publishing house ala Verlag in 1975.  Rahm tells the story of how, during the 1960s, she was denied the possibility of working on projects for the public hand and often even for private clients, the reason given was that, as an unmarried woman, she was unable to work efficiently. These misogynistic obstacles led as far as her having to give up practicing as an architect and she changed her professional path to open her own publishing house for feminist literature.

In the US at the same time Scott Brown was writing her essay “Sexism and the Star System”, describing how her status started changing after she married Robert Venturi. More and more often her work was accredited to Robert Venturi, despite her having already been well established and accorded respect and enthusiasm for her work, teaching and publishing by her colleagues and students. Scott Brown started talking about sexism and the star system and women in architecture at several conferences. Her words had a lot of resonance and importance, but also led to her becoming a role model for this particular reason instead of her work as an architect, planner and writer.

In addition to “Sexism and the Star System”, the book gathers further essays from between 1967 until 2009, describing and highlighting in a very direct and honest way important parts of Scott Brown’s life, from her childhood and youth in Johannesburg and her time studying and teaching, to reflecting her situation living and working in the US with that particular background. Through her very personal experiences and reflections she gives an extensive context to her work and an understanding of the importance of her relation between practicing and writing. 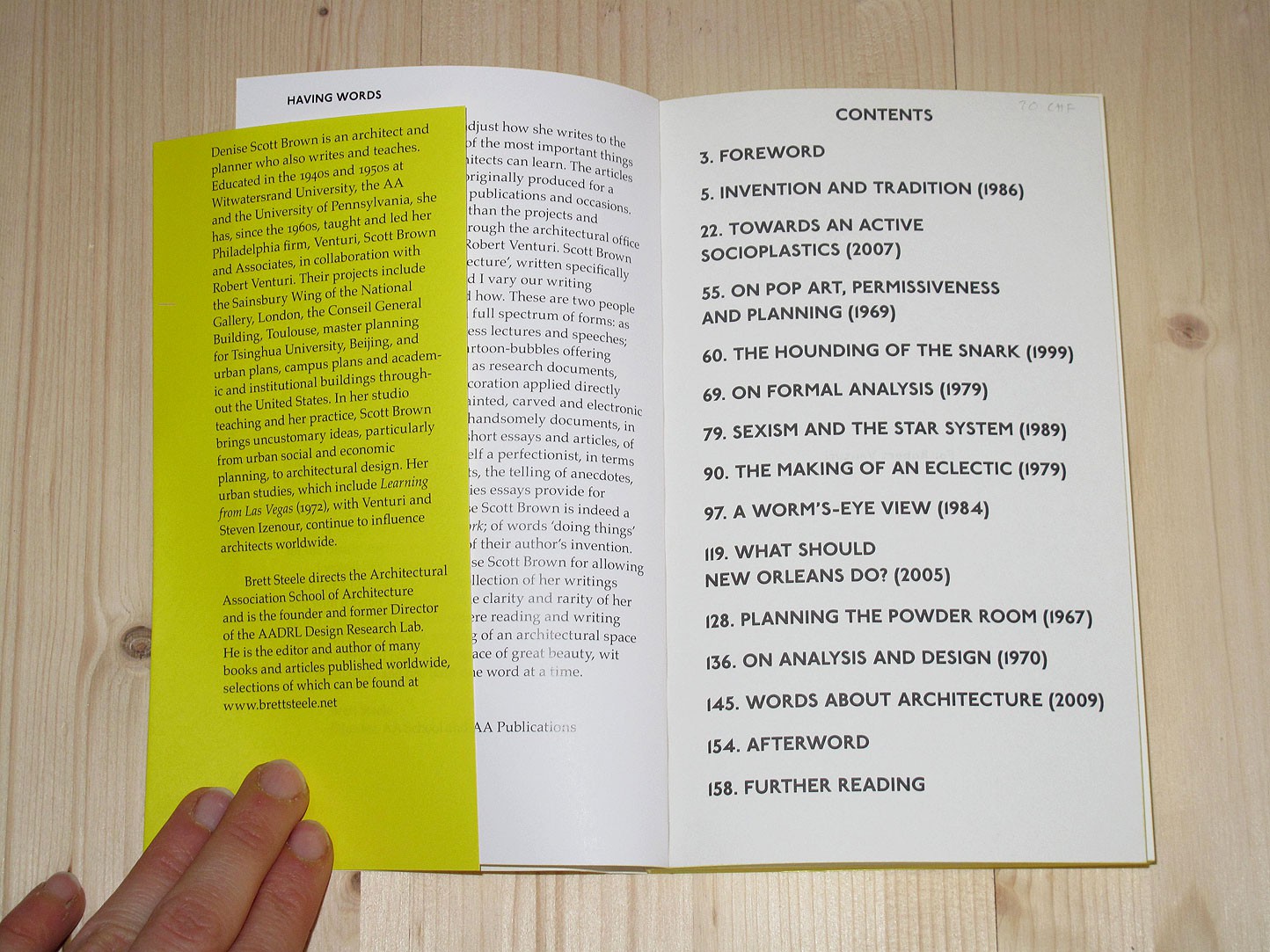